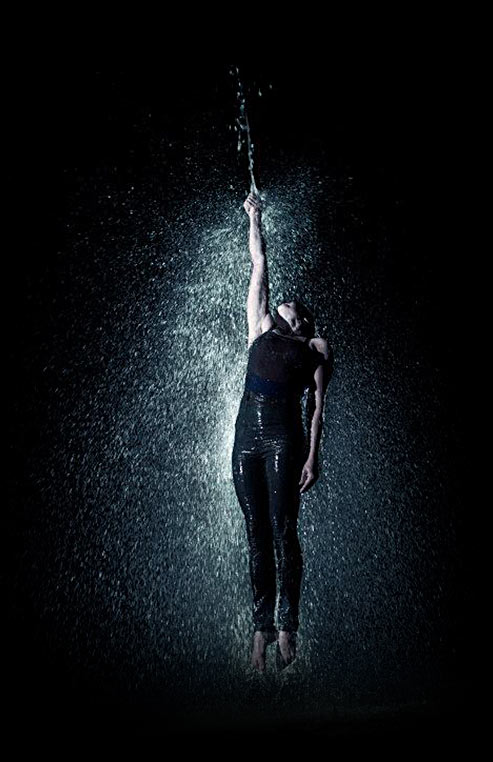 One of us and a rope. Magical images of weightlessness.
A rope hangs above an empty stage and stealthily it begins to spin. The motion of the twist grows bigger, until the entire rope wriggles and squirms in the air as if haunted by an invisible force, inviting the performer to the stage. A tension is created between the rope and the performer, supporting the audience’s expectations.
Surface-brushing movement ties the eye to the rope’s strong fibres. The rising swirl pulls along, grips intertwine tightly and feet take off from the ground. Reflections ripple on surfaces, spilling on spectator’s skin. 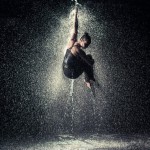 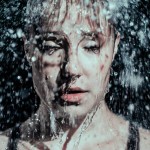 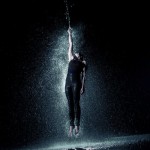