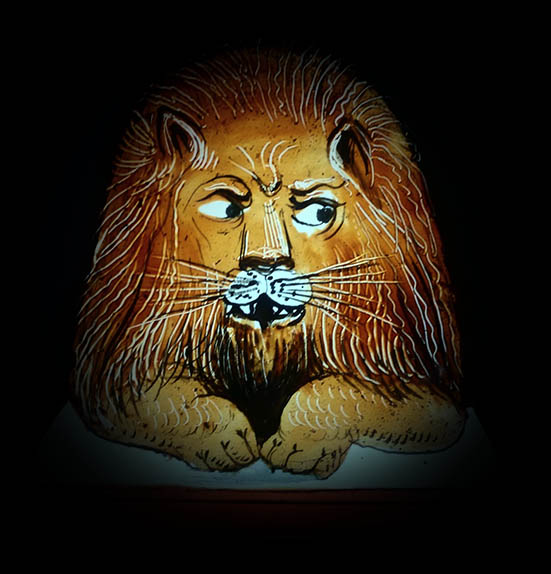 Mechanical Circus presents recorded image and sound as circus tricks. The performance travels back in time and simultaneously moves from live presence to mechanically reproducible recordings. Spoken word is replaced with audio records and live performers blend into a film projection. Contemporary reality is left behind as the performance moves gradually deeper and deeper towards the border zones between imagination and memory.

True to the spirit of past times the performance is realized without electricity network connections. All the lights and sounds used in the performance will function without mains current or for instance by winding a hand-operated dynamo on stage. The intimate atmosphere of the performance will be built around small-scale tricks such as juggling with shadows, with candles and with images projected using old Laterna Magica magic lanterns. The sound-scape is based on mechanical sounds reproduced with gramophone records, phonographs and various types of music boxes. Over a hundred years old rare vintage objects will have a new life on stage in their original function.

Inevitable technical progress in the history of cinema and audio has overshadowed live performers. Audio recording and living images perform their parts nearly precisely identically every time. Already the first mechanical recording media enabled their users to become immortal. Contrary to their mechanical counterparts, live performers are destined to die and be forgotten. Past real time moments can never return.

Personages from the past gradually rise to the foreground in the various recorded media and become the performance’s main protagonists instead of the live performers. At the same time the characters from the past encounter contemporary reality and interact in the present moment on stage, as the story is being narrated to the spectators in the theatre. Through photo albums and other personal artefacts and handwritten notes the audience can dive into the imaginary lives of past people. Mechanical Circus tries to create new lives and memories for its deceased protagonists in the minds of the spectators. Only when all memories of us are forgotten, we finally truly become dead.

In the audience foyer the spectators can explore an exhibitions or rather a fictional museum of the performances personages and the past world of audio and cinema history. Mechanical Circus is a hybrid artwork, something yet undefined that moves in the uncharted spaces between a museum, an exhibition, a story and a performance.

In the final scene a single electric bulb alights, powered by wires stuck in an apple. It reflects the light of the past, or is it perhaps the light of a future era after climate change.